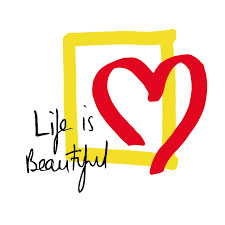 Charity of the Year

Our chosen charity of the year is the Steve Burne Charitable Trust, the aim of The Trust is to continue to keep his legacy alive by raising money and supporting charities he held close to his heart. The main one being The Ronald McDonald House which is situated next door to The Manchester Children’s Hospital and provides free accommodation for 65 families with poorly children in hospital. This House keeps families together during what can be critical times, something Steve felt very strongly about.

Steve was honored by having 5 rooms at The House named after him and he tirelessly drove a campaign to make these rooms happen by raising over £400,000 in his last year of life while undergoing grueling treatment himself.
The Trust will also support The Christie Hospital who looked after him so well during the whole of his illness and who’s work is nothing short of amazing and also Prader Willi Syndrome, a rare genetic abnormality causing physical and mental disabilities throughout life. The aim of the Trust is to continue the to keep his legacy alive by raising money and supporting charities he held close to his heart.

Find out more about Ronald MacDonald House in Manchester by watching the video below:

CVSL have been setting standards since we were established in 1989. The company was founded by people who know their business inside out and whose aim has always been to provide the best possible service.

What our customers say...

Top class service at affordable prices? Read our independent reviews and see what our customers say about leasing a vehicle with CVSL. Not yet convinced? Get in touch with a member of the team today for more information and to hear about our latest offers.

"You’ve been brilliant through the whole process and, even when you had your misfortunes, you put me first. Amazing service and I’m hugely grateful. The car looks amazing. Just going out for the first drive. Thanks so much for everything you’ve done."

"Fabulous Leasing Company!
We have used CVSL for around 16 years now for all our Company vans and cars. Our go to man is Stuart, he is brilliant, will always go above and beyond to ensure a smooth delivery and the best deal is obtained. It is always a stress free process and we would not think of going elsewhere."

"Car is fabulous.I have to say it’s been a real pleasure dealing with you and your company since first contact - very quick to respond without being pushy and we certainly won’t hesitate to use you guys again both for our replacements and any further cars we may need."

"We are very pleased with our VW Tiguan and particularly like the colour.
Mission accomplished! Thanks for everything Stuart, you have been an absolute star!"

"Just to say it’s been very easy dealing with you and your company. Many thanks"