Fuel duty will be frozen again in 2016-2017
Chancellor George Osborne has announced that fuel duty has been frozen for the sixth consecutive year. The current fuel duty price is 57.95 pence per litre for 2016-17, which means that pump prices are now 18 Pence cheaper than they would have been if the Government had maintained pre-2010 fuel duty escalator plans. This will save the typical motorist £75 a year and £275 a year for a small business with a van.

Company car tax and allowances
100% First Year Allowance (FYA) for businesses to purchase low emission vehicles has been extended for a further three years. The threshold however has been lowered from 130g/km to 110g/km of CO2 and the FYA from 75g/km to 50g/km of CO2 from April 2018, to reflect falling emissions.

The chancellor also said he will continue to base Company Car Tax on CO2 emissions of cars and consult on reforming lower CO2 bands for ultra-low emissions. 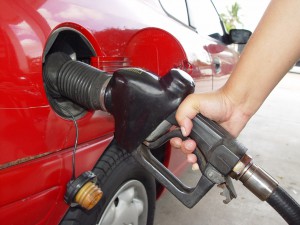 This week is the 86th Geneva Motor Show and it is fair to say that it is a big one. The show is being dominated by the launch of super cars Ferrari, Aston Martin, Lamborghini and Bugatti.
The Bugatti Chiron is the successor to the Bugatti Veyron. The Chiron can reach 62mph in less than 2.5 seconds which is extremely impressive considering the weight of 1,995 kg. It can reach a 261 miles per hour.

The Chiron doesn’t come in cheap – at a cost you £1.8m, the production of this car is set to be limited to 500 only and a third of them have already been sold.

“Bugatti has tested the limits of physics,” states Company President, Wolfgang Dürheimer. “The Chiron is the result of our efforts to make the best even better.”
The Chiron features an improved 8.0 litre W16 engine which generates 25% more power than the Veyron. It has two turbos in action, with the other two kicking in above 380rpm.
The suspension system has got 5 driving programmes: lift, auto (which is the default mode), autobahn (high speed stability), handling and top speed (which is activated by a second ignition key to raise from 380kph to 420 kph)
Surely you would need good brakes when driving this top speed? The Chiron has carbon silicon carbide 420 mm brake discs and are also gripped by callipers with eight titanium pistons at the front and six at the rear.

The Chiron is a luxurious sport vehicle. The interior is equipped with leather throughout and has even got Wi-Fi on board. According to Bugatti, the sound system is so good that it can be considered as the ‘’the world’s fastest concert hall.’’

What do you think of the Chiron?