Our very own Tony Poole and Stuart Sinclair are taking on 81 miles of cycling through the Scottish Highlands in Etape Caledonia, all to raise vital funds for Ronald MacDonald House in Manchester.

Steve Burne, Tony’s brother –in-law and close friend of all the team at CVSL was diagnosed with terminal cancer in October 2017 and in the precious time he has left, he is hoping to raise £250,000 for Ronald MacDonald House in Manchester.  The charity, which Steve has been involved with for over 15 years, keeps families together through difficult times at the hospital.  The £250,000 will allow Ronald MacDonald House Manchester to refurbish three living areas to large family rooms of up to 6 people where families can stay together for a longer period of time.

Tony Poole Director at CVSL comments ‘’ I feel honoured to be cycling 81 miles through the Caledonian Hills to raise funds for the new  Steve Burne rooms at Ronald MacDonald House, I didn’t have to think twice about participating for this great cause, although the twisting climb of Mount Schiehallion at 1,083 metres worries me! ‘’
We are hoping to raise a significant amount for Steve and Ronald MacDonald House, I know how close this is to his heart. ‘’ Tony continues,  ‘’I have known Steve for a long time and has always been involved with this great charity and since 2012 he has dedicated even more of his time as Chairman to board of governors  at RHMC in Manchester.’’

Tony and Stuart who are participating in the challenge with a team of 12, will be joined by Steve’s son Daniel Burne and other close friends to raise funds for the Steve Burne Rooms.

We wish the whole team, the best of luck with their challenge.

If you would like to support them and help Ronald MacDonald House in Manchester you can donate here: https://www.justgiving.com/fundraising/etapecaledoniaburne 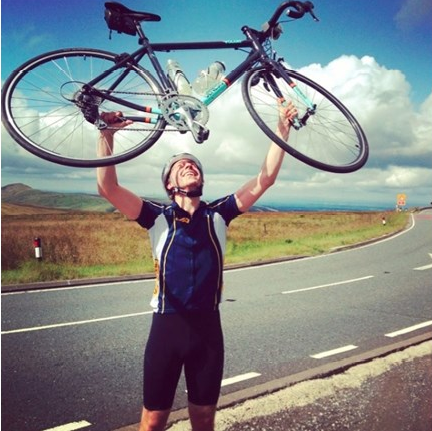